We're not huge football fans in this house, so Superbowl Sunday is pretty much just a normal day around here. We'll usually load up on carb and cheese-heavy snacks and watch the game, but only because it's 'the thing to do,' not because we enjoy it (we do enjoy the cheese, though).

That being said, we are big fans of the Puppy Bowl on Animal Planet. I've watched it every year, and I even remember writing an article about it for my college paper the first year it came on. I was editor of the entertainment section at the time and all the other editors made fun of me. I promised them they would, in fact, be entertained. As we prepared for Puppy Bowl XI I suited Freddy up in his referee uniform I bought him last year (that barely fits him this year) and snapped a couple of pictures before yanking it off his chunky sausage body. 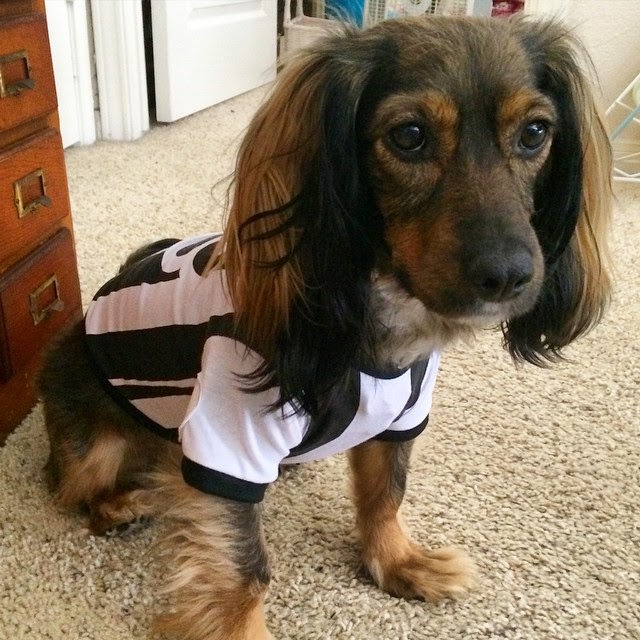 I uploaded the picture to his Instagram, tagged Animal Planet, then promptly turned my attention back to the puppies on TV as he snoozed at my feet. Just before the kitty halftime show I look up to see him on TV!! 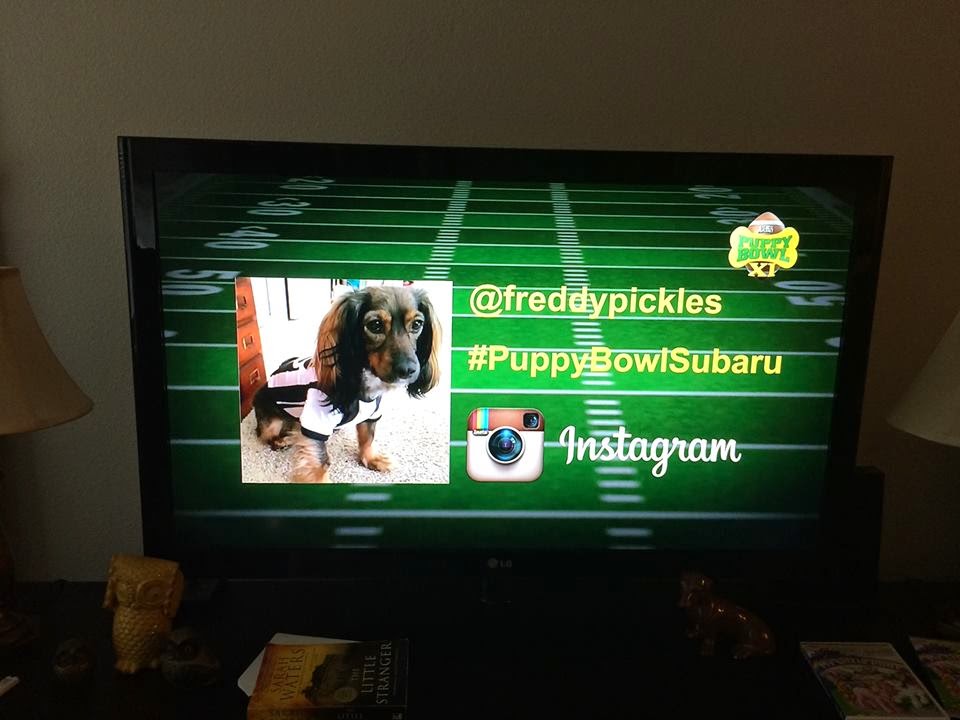 It was only for a few seconds, and we had to rewind it to get a picture (thank goodness for modern conveniences!). He got over 100 new Instagram followers! I told him at this rate I think he'll get an agent before I do!