My leave of absense.

So it would seem I unintentionally took a summer break from blogging. This summer has been a crazy one filled with births, deaths, and lots of change.

June 9th at 5:58 PM my nephew Bryce was born. I was woken up by a phone call from my sister at 4:00 that morning telling me her water had just broke. I had to work a 9-3 shift that day and was frantically trying to get someone to cover my shift so I could make a 6AM flight from Austin to Jackson. However, my coworkers seemed to be sleeping and not answering their phones or my texts. The next flight left at 12:00, so I went in to work for a little while and then got someone to cover the rest of my shift. Husband and I are on the way to the airport when I get a text to my phone saying my flight had been delayed. So I'm sitting at the airport watching my flight get pushed farther and farther back. I'm not sure that I've felt more helpless. My flight finally leaves and I barely make my layover in Houston. My dad picks me up in Jackson and we make the close to two hour drive home. We arrived at the hospital at exactly 6:00 PM, a mere two minutes after Bryce came into the world. 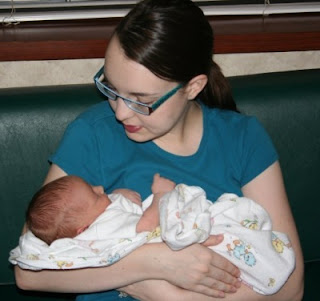 Bryce will be three months old tomorrow! I haven't been able to see him since he was born, but my mom and sister send me pictures daily. He's changing so much and seems to be growing so fast. Hopefully I'll be able to see him again soon. 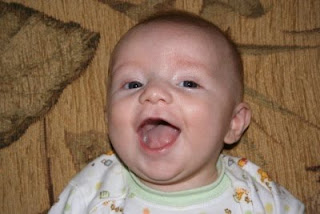 Just a few weeks after Bryce was born, our family dog of 16 years, Casey, passed away. We all knew his time was coming and I thought I had prepared myself for his death, but in hindsight I don't think you can ever fully prepare yourself for death and grief. He helped raise two little girls and mold them into the young women they are today, and for that I am forever grateful. Hope you're getting all the cookies a dog can ever eat, Casey. You truly were a great dog. See you soon, Man. 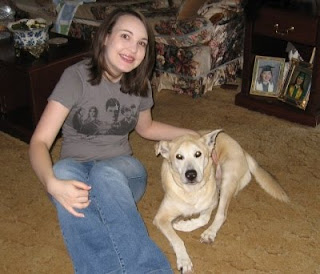 We also moved. We've been in our new place three weeks now and I don't feel like I'll ever be done unpacking. Moving was more difficult than I imagined, and it didn't help that the weekend we moved was the hottest weekend of the entire summer. Luckily we had some amazing friends that helped. At one point we had eleven people over! We can't thank everyone who helped us enough. However, next time we'll be hiring movers. ;)

Getting used to the new apartment has been difficult as well. I'm a very light sleeper and every single bump-in-the-night noise that I'm not familiar with wakes me up: The air conditioner turning on and off, the ice maker in the refrigerator making ice, etc. I am finally starting to sleep a little better, though. Hopefully I'll get used to everything soon. And no, I don't have pictures of the new place. I mean, I could take some I guess, but you don't want to see it in the state it's in now. Trust me.

Work has been very, very hectic and depressing. We've had some people quit over the past few weeks and are severely understaffed. It makes my life more stressful and sad, but hopefully soon things will calm down. I've been on a couple of interviews over the summer but didn't get the job. It's depressing to know that since moving to Texas I have (literally) filled out hundreds of job applications and only gone on a few interviews. I'm not sure what I'm doing wrong. I'm a hardworking, honest person and it frustrates me to see other people getting awesome jobs. I can't help but be a little bitter. I'm tired of getting my hopes up only to have them shattered. However, this experience has inspired me to write more. I've put my Historical on the back burner and am working on a Contemporary YA, which scares me to death. I've never written anything contemporary. I don't feel like I have the talent to make real life issues seem interesting. This story idea hit me out of the blue one day and I'm very happy with it so far. It's the story I've always wished I could write. If I can pull it off I think it'll possibly even be readable one day!

I'm now more determined than ever to get a book finished and published. Maybe someone who saw my resume and sent it straight to the shredder will remember my name and think, "Man! I should have hired her after all!" I just hope people will realize they made a mistake in not taking a chance on me.

And in book related news I should be going to at least one (if not THREE!) Smart Chicks tour stops next week. I was planning on getting a couple of extra books for giveaways, but after much thought I don't think I'll be able to afford that. However, I do think I'll print out the downloadable posters and maybe give that away instead. Stay tuned!
Posted by Stephanie at 1:43 PM